“No” was all he said

If 5G was listed on the stock market, this would not have been a good week. Verizon stumbled, AT&T fumbled and Nokia mumbled or at least indicated 2019 will be slow starting for the erstwhile ‘Next Big Thing’.

The biggest news was Verizon’s CEO Hans Vestberg saying that their 5G Fixed Wireless Access (FWA) product may take longer to develop: “As the industry is evolving, the first focus for the industry is actually to do chipsets for smartphones and then secondary the next generation of chipsets comes on the CPE side.” He did say that he hoped that chipset vendors would turn to FWA modems in late 2019 after they got some key 5G smartphone launches out of the way.

But it begs the question about what exactly has been launched today? What happens when customers call Verizon about the service they have read about in the newspaper?

That pushed AT&T CEO to defend 5G FWA in that company’s 4Q18 results call. The core results story was mixed but, no doubt responding to Vesberg’s remarks, Randall Stephenson said that 5G FWA could displace “traditional home broadband solutions within three to five years”. Back in September, the American giant had said that it would begin its FWA in 2019 over CBRS frequencies but in LTE (aka 5GE in AT&T-marketing-speak). The reason AT&T is talking 3 to 5 years for 5G FWA is because it believes the new generation’s superiority is tied to millimeter wave, something that still needs development for commercial products. Thus Stephenson did not disagree with Vesberg – 5G FWA is not this year – but he put the opportunity far enough out that maybe he will have moved on to something else before anyone checks his forecast.

That said, another report suggests AT&T will be rolling out Nighthawk 5G Mobile Hot Spots in 2019. (Is that ‘real’ 5G or ‘what-AT&T’s-Marketing-Department-considers-to-be-5G-that-is-really-just -4G? Just asking.). Although for at least 90 days, the devices will be free, eventually the company expects to charge a staggering US$499 for the modem and have a 15GB monthly cap. AT&T’s ‘traditional home broadband’ product has no upfront fee and has a 1TB monthly cap. Unlimited can be purchased for US$30/month.

Back to the Nighthawk device, if Verizon cannot get chips for its FWA modems, what does the Nighthawk use? Or is it (as I suspect) ‘5GE’? That is, 4G.

Equipment vendor Nokia had a good quarter but many news reports covering the company’s announcements focused on guidance for 2019, using words like “rocky”. Telecom.com in its usual irreverent fashion said Nokia “warns Q1 19 might suck”.

What the company actually said was the following:

“Given that 5G rollouts will be staggered over the course of the year, we expect 2019 to have a soft first half followed by a much more robust second half,” said Nokia’s CEO, Rajeev Suri, noting that “our view of a fast and meaningful shift to 5G remains unchanged”.

Glass half-full: the company still expects strong demand, it is just delayed. Assuming 2H19 is stronger is consistent with Verizon’s view that smartphones will launch mid-year and FWA modems will become available after that. Glass half-empty: the short-term picture is weak and the company still has time to steer investors if the second half is not looking any better than the first.

Then there are the ongoing issues with Huawei. (This New York Times article is a good, detailed summary.) The US finally filed charges – which were extensive – and with Mr. Ren’s CFO daughter under house arrest in Vancouver, we will soon get to hear the evidence against the company (and hopefully be assured the charges are not just something picked up on a Facebook alt-right page). One Australian operator, TPG, was forced to suspend its network rollout after that government banned the use of the Chinese manufacturer in 5G networks. I saw a few articles this week suggesting that banning Huawei was bad for 5G not just bad for Huawei. (Here is one that has that point of view.)

Finally, from Latin America, we had this comment from Ignacio Román, president of Colombia’s Avantel: “Implementation of 5G will not be until 2024 or 2025”.

Bottom-Line: I tweeted a snarky comment on the Verizon announcement saying the Board should not have been surprised that FWA modems would take a backseat to smartphone modems in chipset vendors’ roadmaps. I could have been snarkier pointing out that Hans Vesberg is a former CEO of Ericsson. He should know better.

If we assume that they are not as out-of-the-loop as Vesberg’s statements make them appear, then Verizon’s ‘commercial 5G FWA’ is yet another marketing launch ahead of technological reality. It is less cynical than AT&T’s ‘5GE’ but not by much. Again, what happens when a customer calls from one of the cities that Verizon says it has ‘launched’ 5G FWA and asks for service? “Sorry. We have service but we have no devices.”

AT&T’s comments are realistic – three to five years for mm-wave and so three to five years for 5G FWA to be ‘prime time’. The gap between Verizon’s expectations of late 2019 and AT&T’s 2022 to 2024 catches one’s eye, however. We are not likely to be comparing apples to apples. Stephenson seems to be talking about a service that he can offer in urban areas that would compete with fiber (maybe in cities that AT&T has no fiber offer like, say, the Upper East Side). 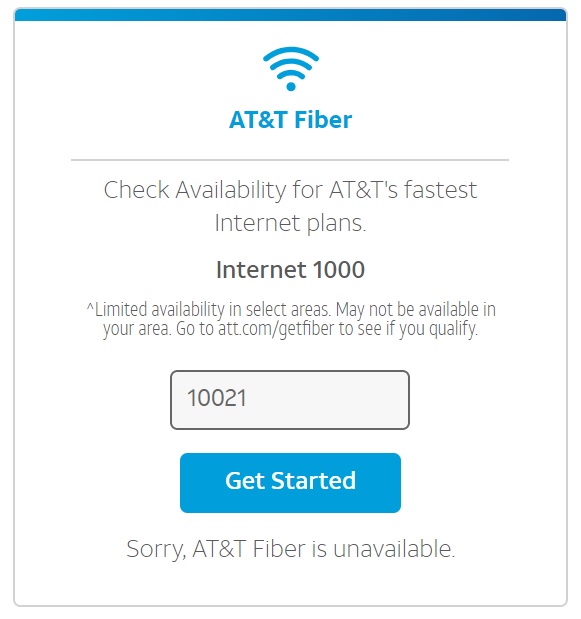 Vesberg may be satisfied with a service he can offer in rural areas where there is neither fiber nor decent DSL. Clients will be happy with a service that gives them faster speeds than simply tethering their smartphones.

The caveat with Avantel’s comment is that the CEO was maybe only speaking about his own company, Colombia’s fourth-ranked carrier that lacks the cash flow of his larger competitors. His point, as well as those of other Colombian operators quoted in the story, was around spectrum which is an ongoing mess in the country. The roots of this problem have nothing to do with 5G, despite spectrum being essential for 5G.

But the overall feeling I get, at least from this week, is that the hype-cycle is way out in front of reality – even for the American operators. The Huawei problem suggests the cycle is not going to move faster in future as the potential for two separate ‘5G’s seems to loom larger.

Both Verizon and to a certain extent AT&T have realized that investors are looking for ‘5G’ in their quarterly earnings (which is their own faults for suggesting it would be by late 2018). Presently it is at best present in Capex expenditures with essentially nothing to show in the top line. And, considering both CEO’s comments, it is time to start climbing down from the ‘race to be first’ hype and start signaling to the stock market that major technological transformations take time. I even see evidence of a backing off on smartphone expectations.

Macondo Telecom’s corollary is that Marketing departments tend to talk too much about a technology way even before it is a product and tend to ignore it (moving on to the next thing) just when it is becoming very important.

Hence, Rajeev Suri’s sober comment that there will be a “meaningful shift” to 5G. Just not in 1H19.

The risk for Investor Relations is that the stock market overreacts to the hype, creating problems with unfulfilled expectations. That can lead to lawsuits.

Or as I like to repeat, copying a famous (for Quebeckers at least) Aislin cartoon, “OK everybody. Take a valium.” (From 1976. Bonus points if you can name the two figures in the cartoon without having to scroll down the page. You had to be there maybe.)

In more concrete terms, why do I get the impression that Mobile Network Operators are asking for lots of proposals on 5G and vendor marketing teams are giving lots of presentations but nothing is being signed?

Title reference: The Band’s 1968 The Weight from their breakout album Music from Big Pink (with cover art by Bob Dylan). As a single it only got to #63 in the US (although #35 in Canada and #21 in the UK). Aretha Franklin’s version got to #19 in the US, #12 in Canada and #3 on the soul charts. But The Weight is, as the Wikipedia article says, a “modern standard”, highly ranked in many ‘Greatest of All Time’ lists, and covered by dozens of artists. It has lots of memorable lines but I love the irony of this particular one.

One response to ““No” was all he said”