Ken Rehbehn has started a consulting practice on what is known in the business as ‘Critical Communications’ which normally is thought of as a public safety technology. But he has expanded into ‘Business Critical Communications’ and he got me interested in the subtopic of Private Mobile Broadband Networks. Hence the title. You can see Ken’s […]


Before the holidays, I talked about my atrocious habit of tearing articles out of The Economist and letting them build up in a file folder until I finally get around to reading them. The good news is that I found two articles on the ethics of autonomous vehicles (AVs), a topic I discussed briefly in […]

That umbrella we employed it


Perhaps because I grew up and spent more than half my life in an Anglo-Saxon country, I do not really appreciate what the purpose of so-called ‘Ley Marcos’ – known in English as framework or umbrella laws – might be. The proposed Colombian Telecom umbrella law seems to be having a bad time of it. […]

You go back, Jack, and do it again


The alternate title for this rant is “A bad idea whose time has come again”: Italy toys with the idea of a nationalized broadband carrier. Reuters reported that “The far-right League and its coalition partner, the anti-establishment 5-Star Movement, want to create a company that combines the networks of former monopoly Telecom Italia and smaller, […] 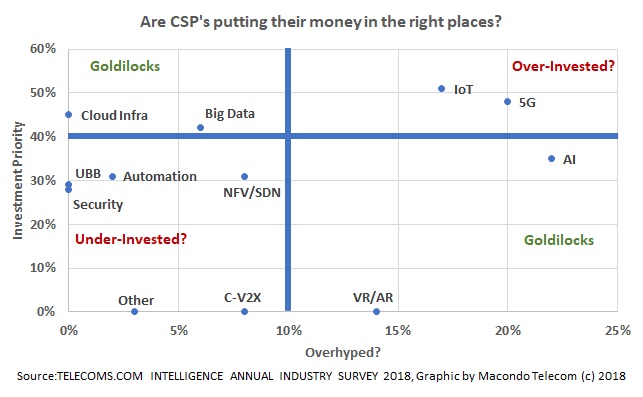 Still I look to find a reason to believe


We are winding up the year and it is human nature to ask ‘before and after’ questions about what is, let’s face it, and arbitrary point in time. Quo vadis? has been a question since biblical times. But sometimes we find ourselves going places we struggle to have faith in. While reading Telecom.com’s annual survey, […]